The JMMB Group celebrated International Women’s Day this past Sunday at the Trinidad Hyatt, bringing Jamaican Cortia Bingham, founder and CEO of We Inspire Women, We Inspire Girls to our shores to speak to the largely female audience. Bingham’s organisation has for the past five years, held workshops for more than 10,000 high school students in Jamaica with the support of The JMMB Group and has received the blessing of the wife of the Jamaican Prime Minister.

The mission of We Inspire is to empower and mobilise women to help other women and break their own cycles that they may be stuck in. “Today, in society, women, in particular, feel stuck, and this movement was created to empower the whole woman. We want to bring to the fore, the full embodiment of the power of being a woman – since women who are given that confidence to be better, can be better mothers, better businesswomen even. And stronger women make for stronger communities, especially in the Caribbean,” Bingham notes.

The JMMB Group, also founded by a woman, Joan Duncan, recently launched WIN – the Women’s Inspiration Network to bring extraordinary women at all levels of JMMB’s territories together to share common passions and a common purpose to connect and help each other grow. “The Group’s commitment to Women’s Empowerment and Gender Equity, Diversity and inclusion is being supported by an engagement with the  IDB International Development Bank on an upcoming Leadership sensitization Project,” Lisa-Maria Alexander, Chief Marketing Officer of the Group points out..

The We Inspire network ties in with this – bringing guidance to girls and young women across the region. Speaking at the event on Sunday Bingham shared her views on how women can ensure a gender-equal world. “We must first build a legacy; we are the ones who lose when we tear down our sisters, so I say lead by example. We shouldn’t say something and not do it. If we say it, then we should mean it. As sisters, we should connect and say something and commit to it for another sister.” The JMMB Group, along with 400 other CEO’s globally, is a signatory to the Women’s Empowerment Principles (WEP) – a joint initiative between UN Women and UN Global Compact.

You can read more on The JMMB Group and Cortia Bingham in a full interview with Trinidad and Tobago Newsday here: https://newsday.co.tt/2020/03/08/we-inspire-women-and-girls-in-tt/

Joan Duncan, who wanted to develop a financial product and a financial institution that catered to the ordinary person starting in Jamaica but extending beyond into the region. Chief Marketing Officer, Lisa-Maria Alexander, herself a champion of women’s empowerment as a  foundation member and past President of AFETT (The Association of Female Executives of Trinidad and Tobago), has been instrumental in bringing We Inspire across Caribbean waters to T&T. “I share Cortia’s passion for why this is so important, especially in our own space – as a brand and as a country. At the end of 2019, the JMMB Group launched JMMB WIN – the Women’s Inspiration Network across all its territories. This network brings together the extraordinary women at all levels of JMMB, with a common passion and purpose to connect and to help each other grow  The Group’s commitment to Women’s Empowerment and Gender Equity, Diversity and inclusion is being supported by an engagement with the IDB International Development Bank on an upcoming Leadership sensitization Project,” Lisa-Maria notes.

organisation which for the past five years has held workshops for more than 10,000 high school students in Jamaica and received the blessing of the wife of the Jamaican Prime Minister 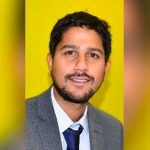 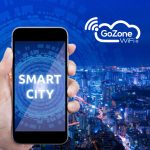 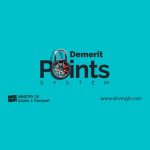 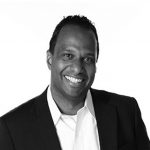 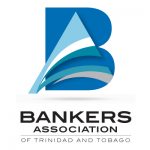