The financial sector was the fifth largest contributor to GDP in 2018 at 6.5%. Both the life and non-life insurance sectors saw a reversal from the previous year, with slight growth in gross premiums. While free of the catastrophic sequence of hurricanes that decimated our northern neighbours in 2017 and impacted the balance sheets of regional non-life players, 2018 illustrated the vulnerabilities facing the local non-life industry.

Finalisation of issues such as insurance regulations, changes in the statutory fund and taxation of life insurance companies continue to occupy the attention of the Association of Trinidad and Tobago Insurance Companies (ATTIC) and the Central Bank before the new Insurance Act 2018, can be implemented. The industry was spared of significant losses from the 6.9 earthquake that rattled Trinidad in August. High-rise buildings reacted as designed and the event allowed policyholders, for the first time, to realise the impact of a 2% catastrophe deductible on a claim. The lack of contents insurance for the earthquake was underscored in the widespread flooding that occurred later in October 2018. ATTIC’s estimated that the losses of TT$75 million which resulted from those floods amounted to a substantial jump from the previous flood claims of $19 million recorded by the industry in 2008 and 2012, and highlighted a concern for the potential impact of climate change.

As the year closed, changes to existing anti-money laundering legislation provided relief to insurers and intermediaries who only do non-life business, with exemptions from most of the regulatory requirements. The change was welcomed by the non-life industry that saw compliance costs soar in low-risk categories of insurance and stymied efforts to provide full online insurance services.

The non-life sector also welcomed a return of the inspection of private motor vehicles as well as increased policing for traffic offences. Despite these measures, early 2019 saw an upswing in both the number of fatal road traffic accidents and deaths, particularly of passengers.

The impact of global economic conditions continues to plague the industry as limited access to foreign exchange remains a challenge, threatening companies’ ability to pay reinsurers in a timely manner. Both insurers and brokers alike are grappling to understand and implement the new accounting standards.

Investor interest continues in the local insurance market. Beacon Insurance Company intends to broaden its presence in the life sector by bringing in Bermuda-based minority shareholder, Colonial Group International Ltd. The partnership will allow it to expand its offerings in health insurance and introduce new and innovative products related to life and pension services.

Scotiabank TT Ltd and Sagicor Financial Corporation Ltd announced a 20-year distribution agreement in 2018. An enhanced suite of market-leading insurance products and solutions, underwritten by Sagicor, will be offered to Scotiabank customers in Trinidad and Tobago. As part of this partnership, Scotiabank TT agreed to sell its insurance subsidiary, ScotiaLife TT Ltd, to Sagicor.

Sagicor itself will be acquired by Canadian special purpose company Alignvest Acquisition II Corporation in a “business combination” that will allow it to list on the Canadian stock exchange.

Following an aborted bid in 2018, Jamaican-based NCB Financial Group Limited (NCB) successfully closed its offer for a takeover of Guardian Holdings Limited of Trinidad (GHL) in May 2019. 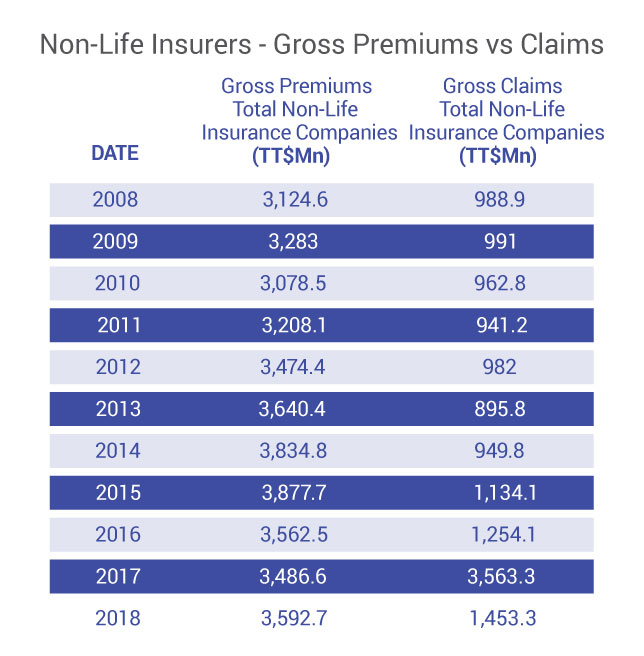 View Companies Related to Insurance - Who's Who
×