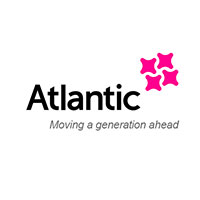 Atlantic is one of the world’s largest producers of Liquefied Natural Gas (LNG). We produce LNG from natural gas delivered from fields in and around Trinidad and Tobago to our four-train liquefaction facility, which is located in Point Fortin, on the southwest coast of Trinidad.

Atlantic remains a world class business, with an established and proven record in the areas of safety, plant utilisation, gas turbine reliability and sustainability. However, the company is not just an energy producer and a profitable business for Trinidad and Tobago, but it also is a catalyst for the continued growth and development of Trinidad and Tobago. Whether it is as a direct result of our revenue which contributes to the Gross Domestic Product (GDP) of Trinidad and Tobago, or through people and community development, Atlantic is set to continue being a leader in the local and global hydrocarbon industry.

With the enabling value of LNG, we continue to aspire towards being a high-performing and responsible gas supplier, a trusted and preferred employer, and a leader in corporate responsibility, thus creating a legacy beyond LNG.